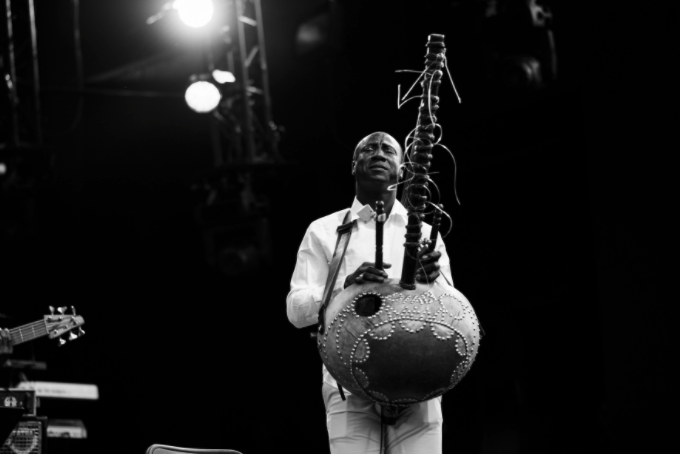 Master kora player Yacouba Sissoko devotes his musical gift to expand the awareness of West African history and culture, spread the word of peace, and empower his listeners to take charge and realize their imagined futures. His performances have a magical effect on audiences as he skillfully transforms traditional songs and stories that he learned from his forefathers into modern day messages of peace, love, and harmony.

His flexible virtuosity, which enables him to move seamlessly from one musical genre to another, has attracted the attention of an array of musicians who have sought him out as a collaborator.

All the while, Yacoba exposes new audiences to the enchanting sounds of the kora—a 21-stringed instrument that is plucked and produces a distinctive sound that is quickly associated with West Africa.

Rooted to give back to the community, Yacouba regularly performs cultural programs and benefit concerts. He works in partnership with La Maison d’Art Gallery in Harlem as a collaborator inviting other world musicians to take part in the gallery’s events. He regularly performs for the Malcolm X and Dr. Betty Shabazz Memorial, Educational, and Cultural Center. He also provides workshops and presentations to primary school and university students. Recognizing his educational contributions, in 2007 he was selected as a Teaching Artist by the Weill Music Institute at Carnegie Hall and Carnegie’s Musical Explorers program.

Yacouba continues to blend his virtuosity effortlessly with other musical styles, whether in Indian ragas or Appalachian tunes. Currently, Yacouba can be seen performing regularly with Regina Carter and his own band, SIYA.

Throughout West
African history, the kora
was played as a solo
instrument by djelys, or
storytellers, whose roles
in society were to
perform exclusively for
kings, nobility, and
village chiefs. The
songs sung by djelys
were stories that had
been passed down from
generation to
generation, and
captured the oral history
of the people and
culture of West Africa
describing social life,
cultural identify and
family backgrounds.

Yacouba is a Djeli. For centuries, Djelis have been the musical storytellers in West Africa, a position that is inherited through a family bloodline. They are the keepers of the factual history and the fictional fables of past rulers, nobles, social groups and families. Highly respected within their communities, Djelis hold the responsibility for keeping stories of the past alive and applicable to contemporary audiences. The kora is the instrument traditionally used to accompany their songs.

Yacouba was born to a well-known Djeli family in Kita, one of the two geographic strongholds for Djeli clans in Mali. His mother, Oumou Tounkara, was a celebrated singer who starred with the touring Ensemble National du Mali. His maternal grandparents were also prominent musicians. His grandmother, Bintouba Diabate, was a singer, and his grandfather, Samakoun Tounkara, was honored by the President of Mail with a trophy for mastery of the kora.  At the age of 9, Yacouba started learning the kora and the oral traditions associated with it from his grandfather. By 15, he was touring the country sharing the stories that had been passed down through his family for centuries.

Yacouba lived with his grandparents until he moved to Bamako, Mali’s capital, to attend the National Institute of the Arts. He immediately caught the attention of the music world there and began touring with noted artists and ensembles such as Ami Koita, Kandia Kouyate, the Raoul Fulero Ensemble, and l’Ensemble National du Mali (the orchestra that both his mother and grandmother sang with).

In 1993, Yacouba caught the attention of Souleymane Koli, the leader of the Ensemble Koteba of Abidjan. Over the next several years Yacouba performed all over the world with this 45-piece band. It is with this group that Yacouba made his first journey to the United States, a pivotal event in Yacouba’s career. Yacouba became determined to return to the United States, not only to introduce and share the stories of his people, but in true Djeli tradition, to learn also from other musicians and cultures. With this in mind, Yacouba began to incorporate other musical influences into his repertoire, developing his own unique style.

Yacouba returned to the United States and moved to New York City in 1998. He was immediately in high demand as a soloist, guest artist, and collaborator. He performed, toured, and recorded with well-known African artists such as Baaba Maal. He also co-founded Super Mande, Tamalalou and Fula Flute.

However, Yacouba did not limit himself to African music and began to transcend musical boundaries and was soon playing with jazz, pop, R&B, and classical musicians. Since then, he has recorded and performed with a variety of artists including Harry Belafonte, Paul Simon, and Leroy Jenkins. In 2007, he performed “Melody for Peace” by Anthony Paul De Ritis with the Orchestra of St. Luke’s in Avery Fisher Hall at Lincoln Center. In 2010, he was featured in a documentary film by the African Channel as part of their “Live from Red Kiva” broadcast. He has recorded tracks on over 15 CDs with artists ranging from Regina Carter to Rahim Alhaj.

“I think music in itself is healing. It’s an explosive expression of humanity. It’s something we are all touched by. No matter what culture we’re from, everyone loves music.” 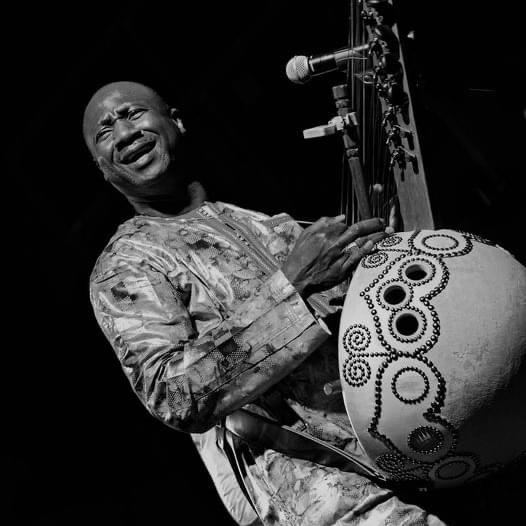 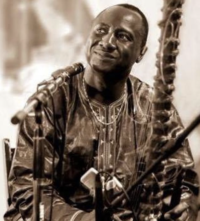 An Interview with Yacouba